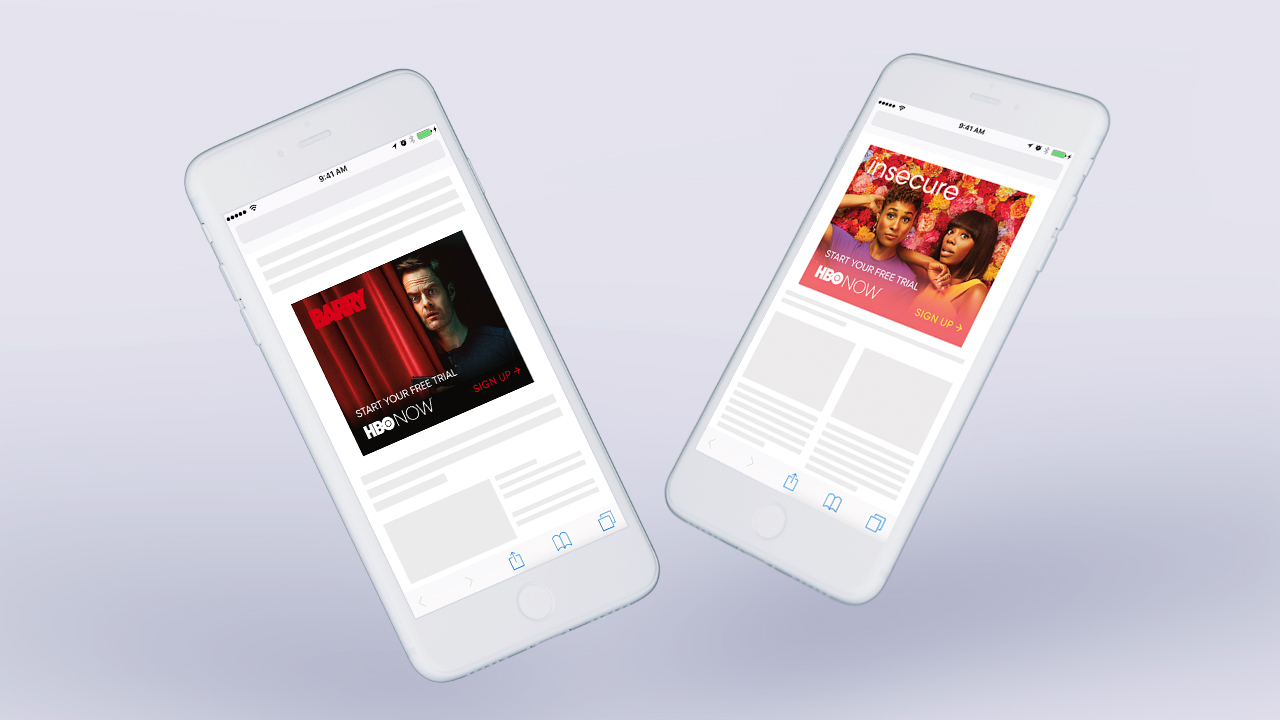 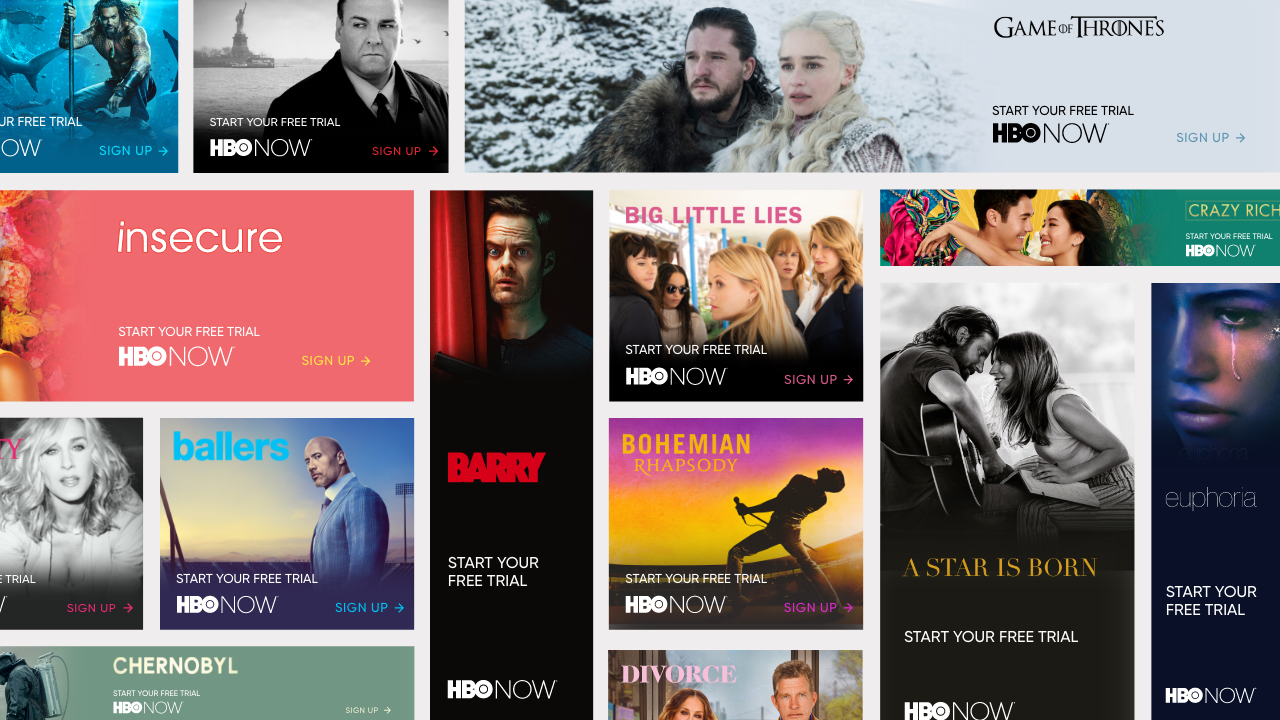 HBO NOW engaged  Incubeta Joystick to set them up for success with their first dynamic campaign. The campaign needed to drive awareness as well as remarket to previously engaged audiences. Incubeta Joystick designed two creative sets to market the HBO NOW programming line up, one that featured a single-title and a second promoting multi-titles.

These two shells allowed for any variation of dynamic content, such as text elements, imagery, and exit URLs. Custom logic was used to determine how to backfill secondary titles for multi-title sets.

Incubeta Joystick’s filtering strategy was based on data signals from Campaign Manager and DV360, ensuring the right dynamic content was served to each target audience.